How We Asked Quora People to Attend Our Webinar: Vol. 2 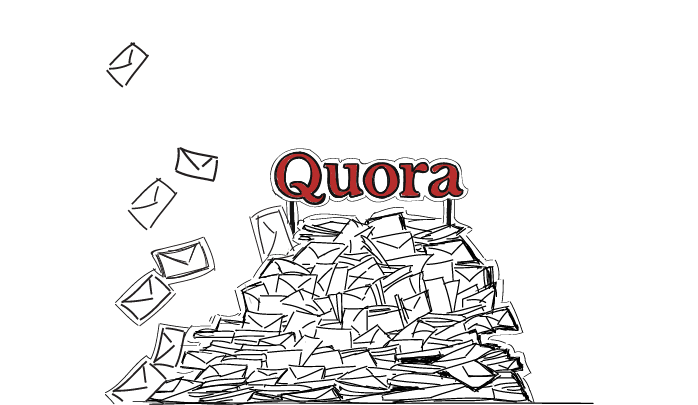 Not so long time ago, I described at length how you can use Quora for targeting. I shared a tactic we use here at Woodpecker for finding people who would be interested in a webinar about doing outbound. Recently we’ve managed to organize another webinar. We carried out a webinar about outbound for contacts we found on Quora.

This is the second part of the series in which we share the exact steps we took to find our webinar attendees among Quora users. To see how to take care of targeting on Quora, what kind of contacts you may find and which of them to target, read the previous blog post.

In this one, I share the steps we took to reach out to our list of contacts we gathered on Quora, what to write in an email and the results we got from the campaign.

Why to do a webinar

We wanted to experiment with a different approach to outbound prospecting, at least for us.

First, we wanted to test out our presumption that the prospects we reached out to will surely be interested in Woodpecker and what we have to offer. We aimed at providing value to our prospects before we decide to invite them to a demo of our app. That’s why we begun our relationship with them through sharing practical tips that they could apply to their business.

Additionally, we wanted to mix up our outbound efforts with an inbound tactic. Hence, instead of reaching out to prospects with a standard opening email, we decided that our approach will have two stages. At first, we’ll use an inbound strategy of making a webinar for an audience that’s curious about the topic, and then, we’ll follow up with them in hope some of them give Woodpecker a go.

And lastly, we had a feeling that preparing a low-key webinar would build an invaluable rapport with those who would take a part in it. Next time they hear about Woodpecker, they’ll be able to put a name to a face, as they will recognize the people who hosted the webinar. We won’t be an anonymous company to them anymore.

You can employ a similar strategy. You don’t have to make a webinar. Maybe start with a content update, SlideShare presentation or downloadable ebook you’d offer to the business people who are seemingly interested in the topic you’re covering. Spreading knowledge, all in all, is a great way to start a relationship with the people working at other companies.

Why we chose to target on Quora again

There were two reasons behind our decision.

The first one was that we were looking for a platform that pulls in a kind of people who want to hone their skills.

Generally, we were looking for a place people flock to to increase their knowledge so that an idea of attending a webinar wouldn’t sound bizzare and unappealing. Quora lends itself perfectly for that. I cannot name another platform that would focus so much on knowledge sharing.

The other reason was that we wanted to find a denominator plus the context that would be common to all webinar attendees. Making sure that they come from the same place helped us a lot. Plus, they were equally interested in lead generation tactics as they followed the same topics.

Quora as a platform for knowledge seekers

As I already mentioned in the previous blog post, Quora is a great place for prospect list building. And that’s irrespective of a kind of contacts you’re targeting. It’s a vast community that entices a variety of people. For that reason, most of you are sure to stumble upon the crowd that share your interests.

Furthermore, the people who spend their time on Quora like expanding as well as sharing their knowledge and expertise. They follow topics they’re passionate about, upvote answers they get value from and answer questions they feel they have a good grasp on.

For that reason, Quora was a spot-on place for our purpose, as our outbound sales team aimed at people who want to expand their knowledge.

You don’t have to use Quora too to share knowledge. You can find any other online space yet it’s better to search for a place in which people are looking for knowledge – that provides your outreach efforts with a much needed context for reaching out to them.

Our outbound sales team prepared two opening email copies. One in English and one in our native language, Polish, despite the fact that the webinar was held in English. They targeted Polish speakers for a simple reason that they were very active in the topics related to lead generation. They thought of it as a boost to email personalization.

The copy was very short and to the point. It was written and sent by one of our team members who’s the most active on Quora. He answered over 40 questions in the span 2 years which lends him credibility at this point. He linked back to his Quora profile to prove his a fellow user and a part of the community.

Then, he quickly mentioned how he came across the addressee profile on Quora. As he actually took the time to find the people to send an email to, he knew a lot about each and every person on the list. He had a strong idea who those people were and through which question he stumbled across their profile. Because of it, he knew what to put in the email for it to be personalized for every contact.

Remember that every piece of information he found was about Quora. In some cases, he mentioned the answer upvoted by the addressee and wrote what he thinks of it. At other times, he referred to a hobby or passion that was listed on the prospect’s profile.

Read: What Mail Merge Custom Fields Can I Use For Clever Outreach? >>

Next, he shared the reason for reaching out to that specific prospect. He didn’t write much. Just a line or two.

This is the exact sentence he put in the email:

“I am thinking about running a webinar about prospecting, gathering quality leads and how to tackle common problems sometime mid December.

Would you be interested in attending such a webinar?”

He didn’t provide a link to sign up for a webinar in the first touch email though. He asked the prospect to reply back to him to start a conversation. It underlines the fact that he wants to start a dialog, and thus, genuinely cares about the wish of the other person.

Similarly, instead of putting a registration link in the email copy, the outbound team decided to ask whether they would like to attend a webinar at all. So the addressees didn’t need to decide right on the spot. They just needed to the possibility of watching a webinar, not much else. That allowed us to test if we should go on with organizing a webinar or not.

I think that the copy was easy to write and personalize, because the person who wrote it was well-aware what the community is like and what it might respond to.

Writing a follow-up to the opening email

The team decided to follow up only one time with those who didn’t reply. This is the exact copy of the follow-up email:

I just wanted to ask again if you’d like to register to the prospecting webinar I’m planning to organise mid December. Of course, the webinar would be completely free.

However, if you are not interested in such activity, maybe there is someone else at your company that might find it valuable?

Thanks, and have a successful week!

There’s not much new in the follow-up email. Just a reminder what the last email was about. In case they’re targeting a person who doesn’t take care of prospecting at their company, the outbound team asked if they can get a contact info to the person who does.

We collected a few interested responses. 97 out of 116 sent emails were opened. That makes up a 84% open rate. 40% of the email recipients registered for our webinar. Unfortunately, not everybody come to the webinar at the end, but we were expecting that having in mind the fact that it was a live event.

The webinar took place in December 2017.

You may prepare a campaign with a greater number of emails in a sequence if you feel that your prospect will respond to it.

Do we plan on reaching out to webinar attendees?

Yes, in fact we’re in the middle of it. We hope to invite them for a trial at Woodpecker. We’d let you know how that will go in the future.

What you can take from it

The crucial thing for us is that our webinar attendees were genuinely interested in knowing more about outbound, and they learned something from the webinar. The list building and outreach for this webinar reassured us that the context and personalization of a cold email is important.

Also, we wouldn’t be able to have so many responses had it been for following up the recipients who haven’t responded to the initial email. We’re glad we were monitoring the statistics of our email campaign, because now we’re full of ideas about what to improve next time.

Follow up after a AMA session: How to Convert Inbound Leads Into Sales Vol. 4

Organizing an "Ask me Anything" session can give your brand recognition, but also help you grow. If you're super selective (or at least, strategic) when inviting people to join the session, you may get a pretty good source of prospective customers. How to do an AMA session to find leads?  In this blog post, I’ll focus on a couple of things you should consider before and after hosting an AMA session.

Last week we announced 500+ companies on board with Woodpecker. This week we'd like to introduce to you one of them. They are called Lead Pal and they are a lead generation agency who provide their clients with full service outbound lead generation as well as custom-made prospect lists. I've had a great pleasure to talk to George Fironov – the founder of Lead Pal, who told me the story of how he started his business and how he's been developing it with cold email outreach. 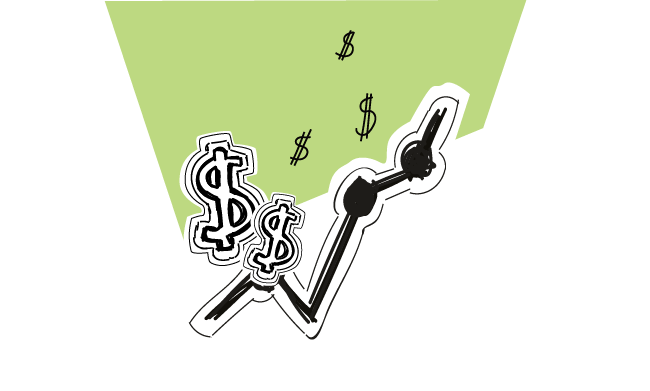 I had an immense pleasure to talk with Collin Stewart, a Co-Founder and Co-CEO of Predictable Revenue, who hosts their podcast, interviewing B2B sales leaders on the biggest opportunities and challenges in the industry.