What does NONRESPONSIVE mean?

Your prospects are automatically marked as NONRESPONSIVE when they don't respond to you within the time you set for a particular campaign.

Status NONRESPONSIVE
How it works
FAQ

This is a local status which means that it exists only within a campaign.

Q: What happens if my prospect responds to my email after some time?

In case your prospects reply, unsubscribe, or the message gets bounced, Woodpecker updates the status accordingly.

Q: Can I send more emails to prospects who hit the end of our campaign and are marked as NONRESPONSIVE?

Yes, you can add more emails to the sequence in order to reach out to those prospects. Edit your campaign, add some follow-ups and click “SEND”.

Q: How can I find prospects who are marked as NONRESPONSIVE?

Open your campaign, go to the ‘Prospects’ tab and filter your prospects by ‘Status’ → NONRESPONSIVE. 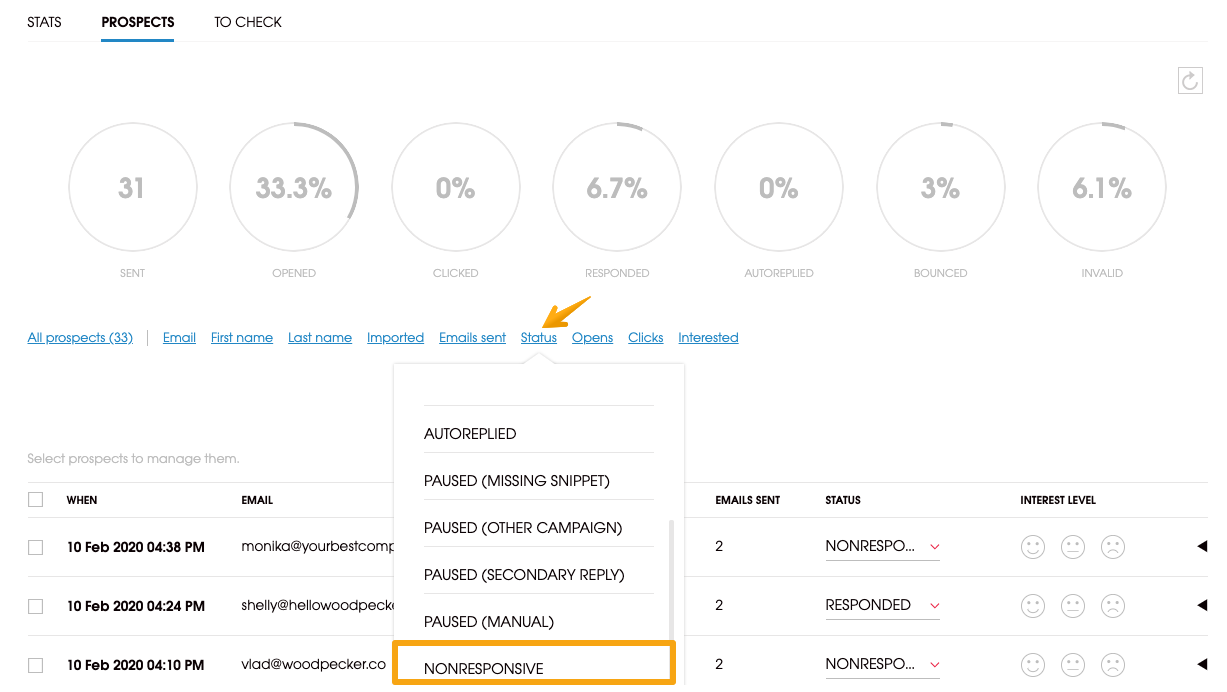 Q: Can I export the list of the nonresponsive prospects?

Q: How can I find NONRESPONSIVE prospects when editing a campaign?

First, open your campaign and click ‘Edit’. Secondly, scroll down to the PROSPECTS section. Thirdly, filter your contacts by ‘Status’ → NONRESPONSIVE. 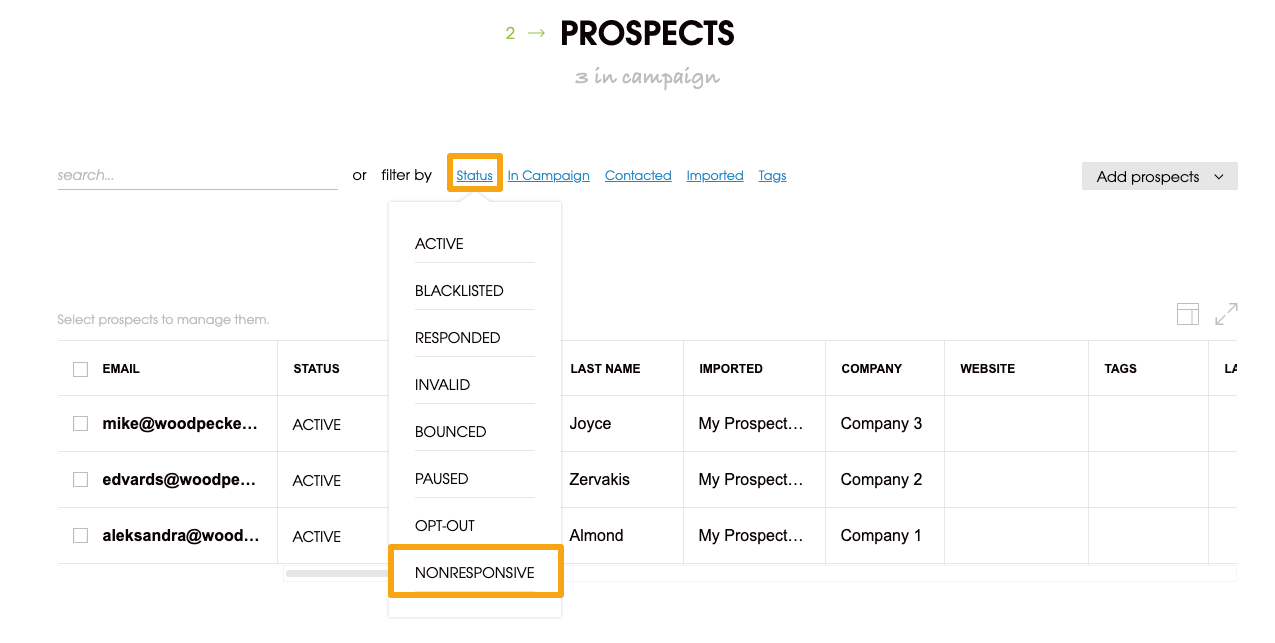