If-campaigns — campaigns with conditions — give you more freedom to create follow-up sequences determined by a chosen criterion.

If-campaigns are a part of an Advanced Campaigns add-on, click here to learn more about it » and how to get it on Marketplace »

Watch our video where we explain all the new features:

With If-campaigns, we divided the process of creating a campaign into 3 parts:

1. PATH – create a sequence of emails
2. PROSPECTS – import and add your recipients
3. SUMMARY – preview and send or save the campaign 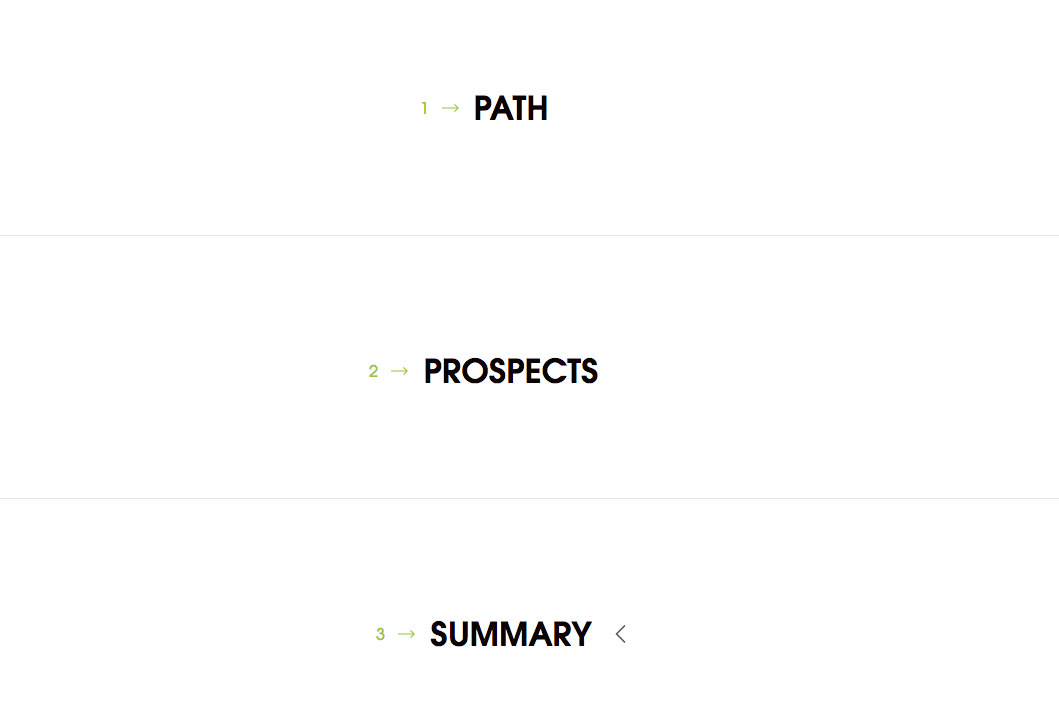 Moreover, we introduced features that help you manage your campaigns for better results:

Path YES and Path NO — depending on the action a prospect takes, they will be sent a respective follow-up sequence

Here you can read what features you can use to enhance your campaign’s performance.

You can add one condition at any place in your email sequence. This condition splits your Path into another two: Path YES and Path NO.

What is the condition?

A condition defines the action your prospect takes, which triggers the next email from your sequence to be sent.

There are 4 types of conditions to choose from:

If there was a task created for a prospect and how it is resolved — add a manual task to your campaign before the condition and based on your action, whether you’ll mark it as ‘Done’ or ‘Skipped’, the prospect will go to path YES or NO.

What will happen to the emails in the sequence?

Removing the condition will delete all emails from Path NO.

When is removing conditions disabled?

You can’t remove the condition when some of your prospects have already met it and the emails were sent to them.

Keep in mind that adding a condition to a running campaign by accident can split it into two paths, and you won’t be able to delete it if even one message is sent after the condition is met.

By adding a condition you create 2 Paths: Path YES and Path NO.

For the prospects who opened your email within a certain time (days or hours). 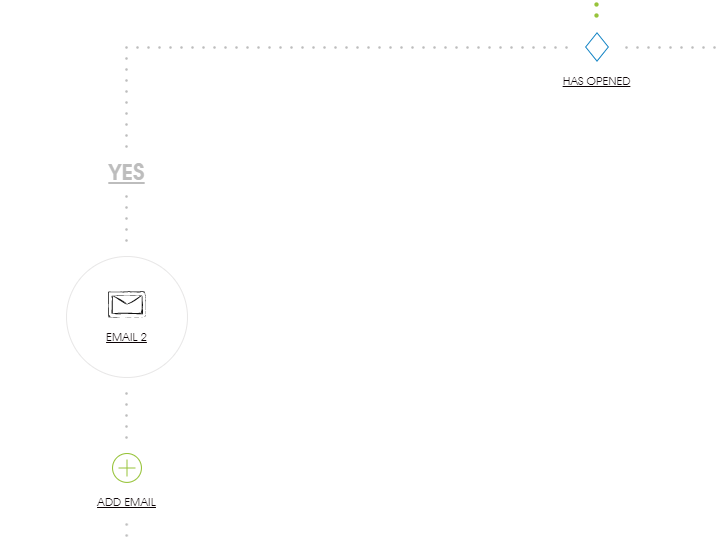 For those recipients who didn’t open your email within a certain time. 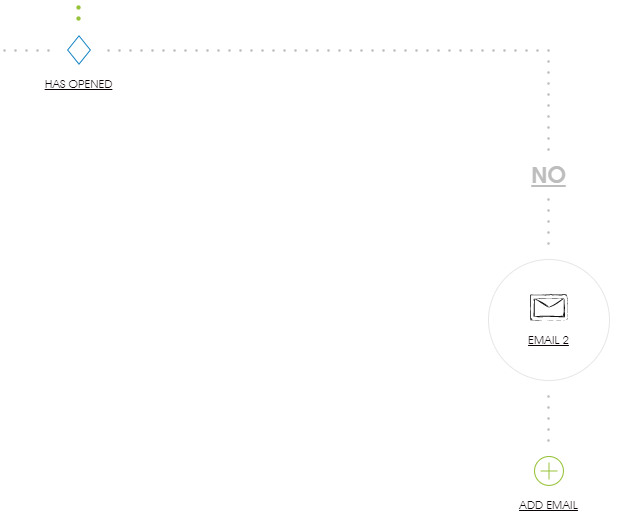 Here’s what your campaign looks like after adding a condition. Switch between the Paths by clicking YES and NO.

Now you can add more emails to each sequence. When all of the emails are sent and no response is registered from a prospect, they are marked with a status

This is a local status, which means that you can see it only within the campaign. Learn more. 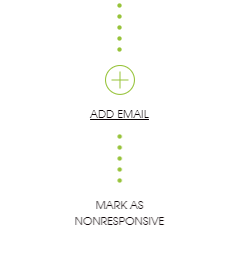 First, add your prospects manually or import them either from a CSV, XLS or XLSX file or Prospects database.

In the example below, you can see 3 prospects who were added to the campaign. You can filter them by Status, Campaign, whether they were contacted or not, the file they were Imported from, and by the Tags. Learn more about tagging your prospects. 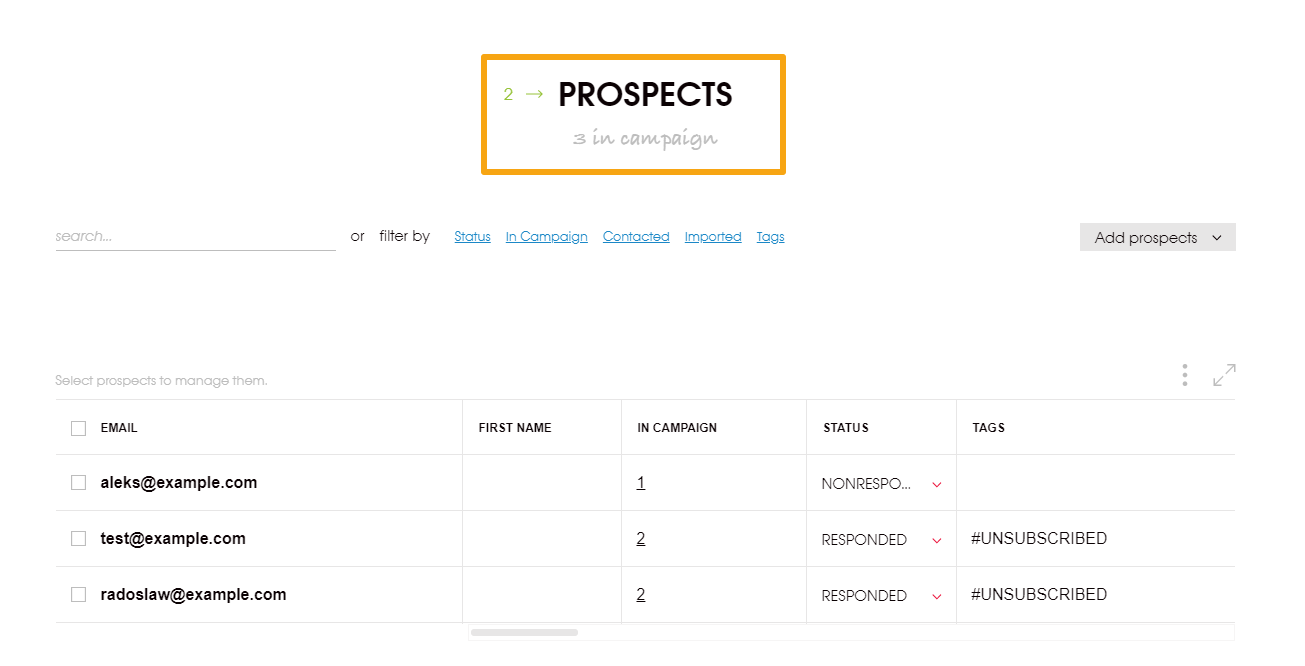 See an overview of your campaign: 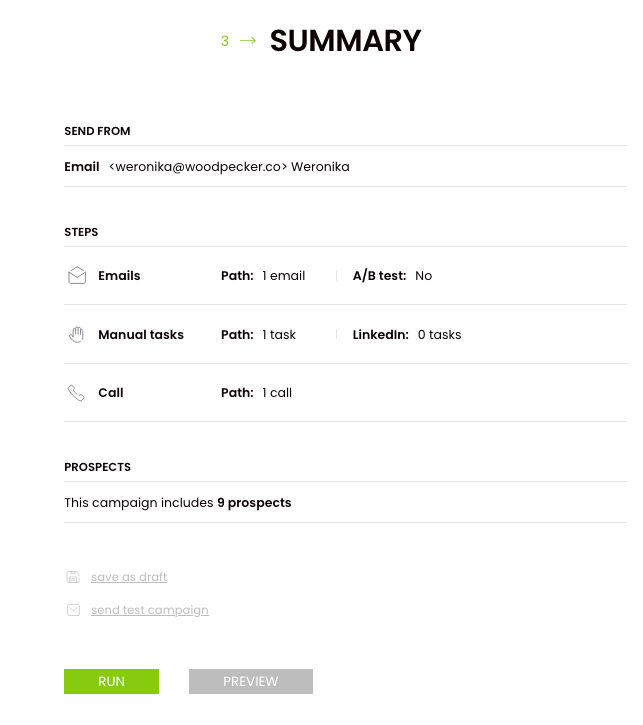 The email address you use for sending this campaign.

How many emails you have in each Path.

The number of prospects, who were added to the campaign.

We encourage you to preview your campaign even before sending a test email.

Once you hit the “Send” button, your campaign will be running successfully. You can quickly see all the details by clicking the “Actions” tab.

Check “Last Activity” to see which Path was sent to a particular prospect. Click the arrow right next to the Interest level smileys to see the details. Hover over the condition icons to preview your prospect’s journey.